In my previous blog post I talked about installing Manjaro Linux as the sole OS on my old MacBook Pro.  That install is still running beautifully and I have not run into any significant problems so far.  In this post I am going to go through the steps I followed to install htop on my Manjaro machine. 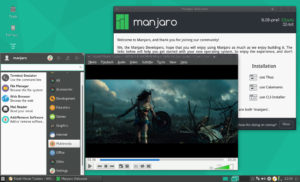 In this interview I talk to Ryan Cramer, founder and lead developer of the ProcessWire project.  Ryan has been kind enough to share with us some insights into who he is and into the ProcessWire project - what it is, where it came from, what's cool about it, and where it's going.  Whether you're an avid ProcessWire fan or have never heard of it, I hope you find this post interesting, useful, and informative.